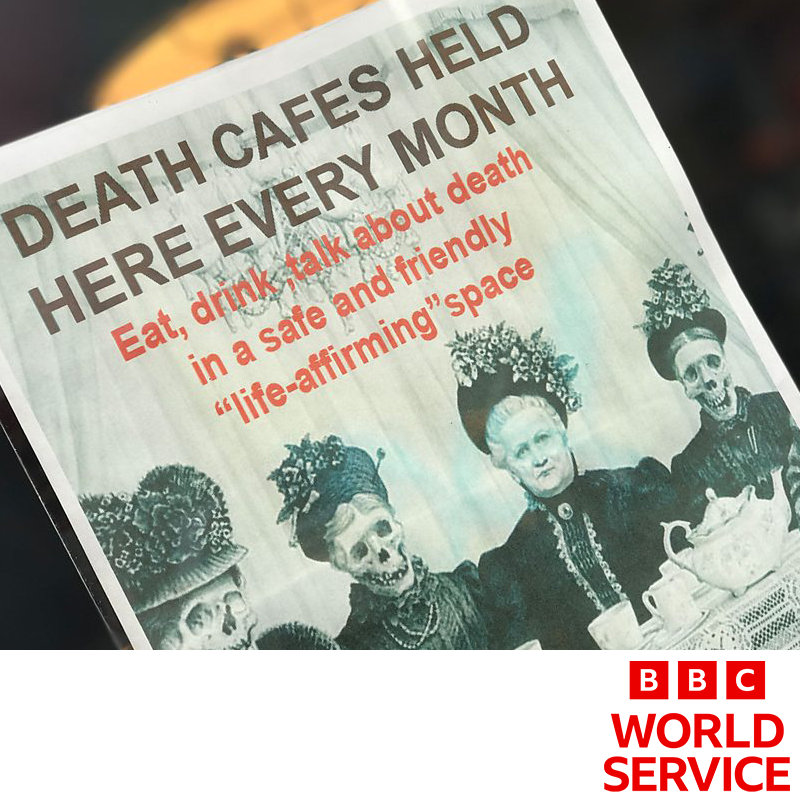 There’s only one thing in life that’s certain. Death.

Many people believe that talking about death helps us make more out of life.

Thousands of Death Cafés have popped up in countries across the globe, challenging people to open up about the deceased and their own thoughts and fears about dying. Cafes are often over subscribed with organisers having to turn away individuals from sell out events.

In Dying to Talk, Julian Keane visits some of these Death Cafés to explore if a key part of life should be preparing for death. He explores how people across the world deal with death whilst they’re living, and if there’s really a need for the conversation.

Julian also meets sociologist Bernard Crettaz. He began the concept of Café Mortel (Death Café) at an exhibition called La mort à vivre (Death for life) in his Geneva museum. Bernard shares more about his work, the theories behind his Death Café concept and how he feels knowing the world is embracing his concept.

As well as our work with the World Service, we produce content for the UK’s biggest broadcasters and platforms. Our team delivers daily, weekly and one-off radio shows and podcasts across a range of genres including music, entertainment, comedy, factual, news and sport. We also deliver commercial production and station sound, as well as offering studio hire at MediaCityUK.