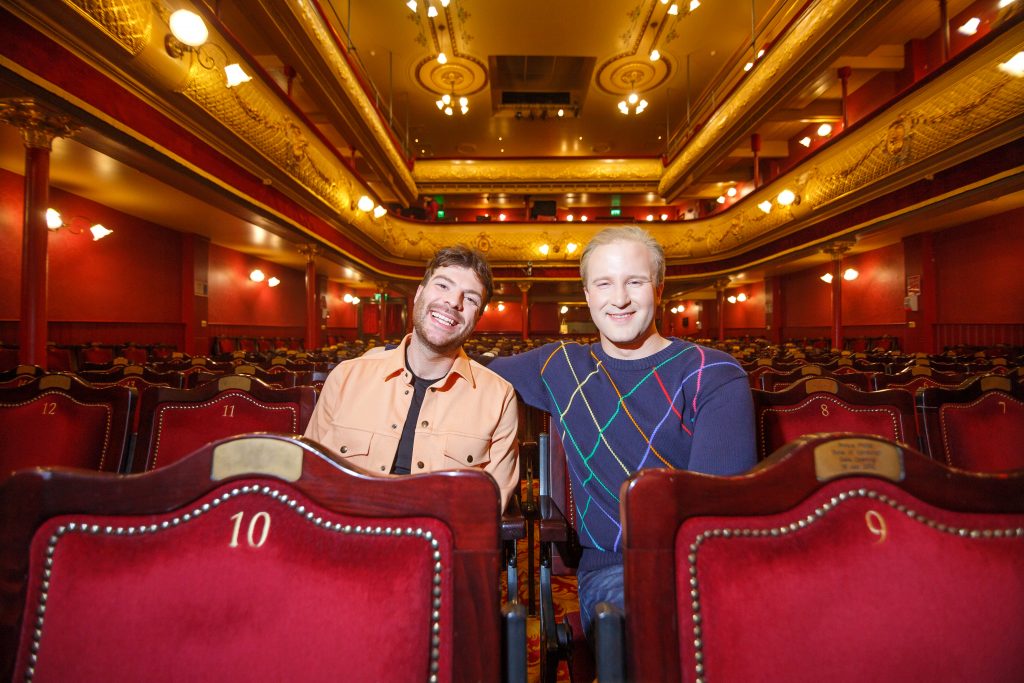 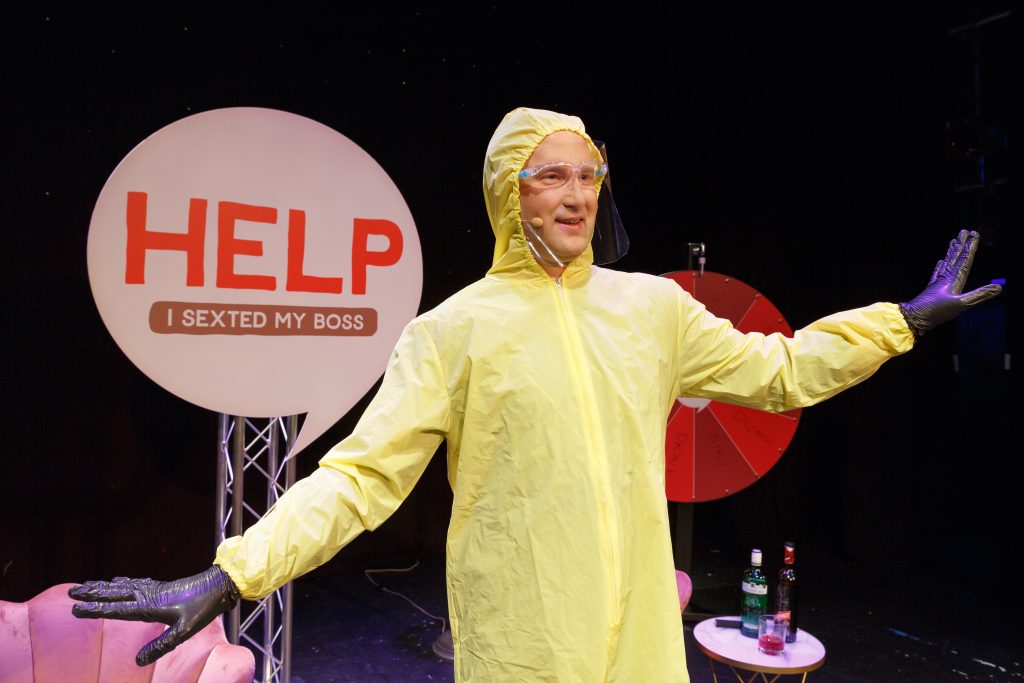 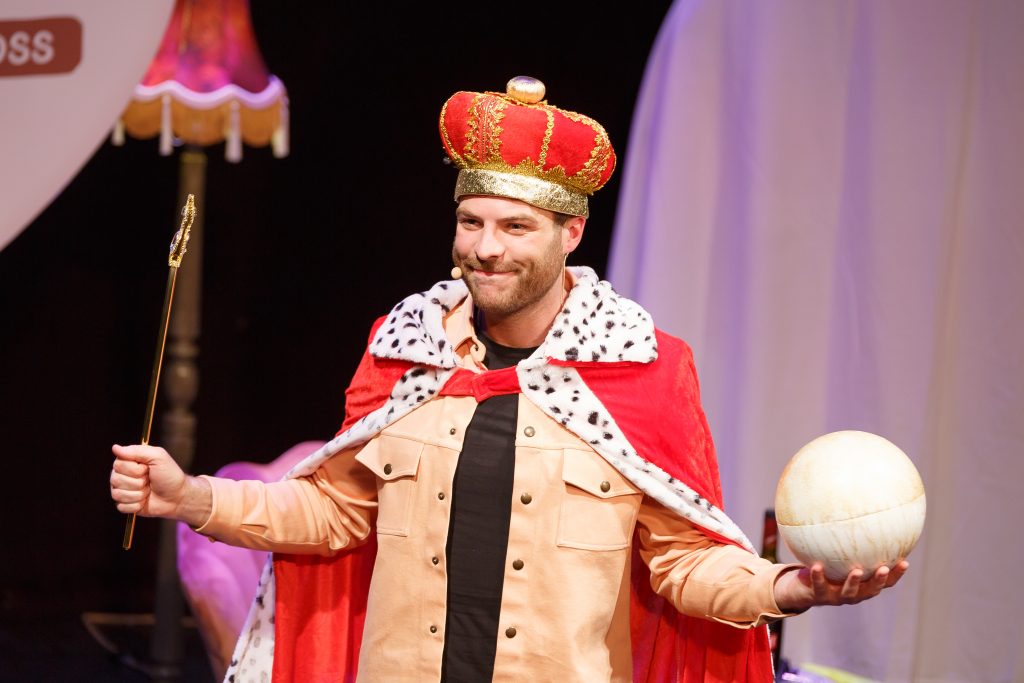 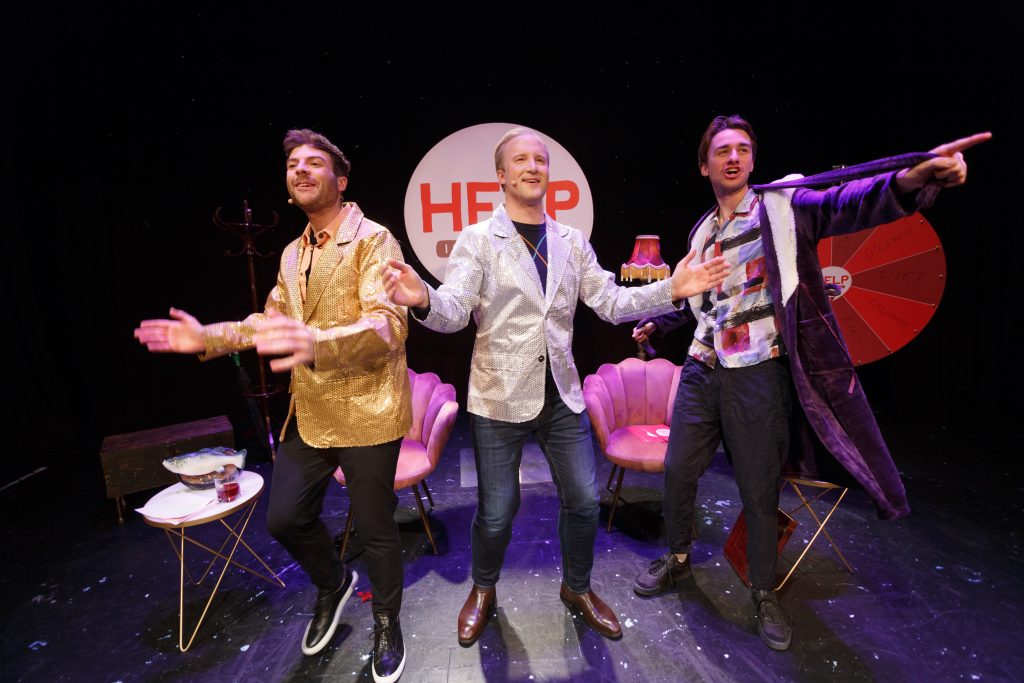 After 13 nights across the UK, Producer Ben reflects on the Help I Sexted My Boss: The Boys Are Back tour.

For a tour that was originally planned for a run of dates in September 2020, by the time we reached the final show on Halloween 2021 ’The Boys Are Back’ seemed like a funny name for a tour that had been delayed three times – for now obvious reasons.

When we had booked Help I Sexted My Boss’s biggest tour to date, William Hanson and Jordan North were on the cusp of an exciting fifth series, the biggest and best yet.

Soon after, a global pandemic happened (did you know?!), but the podcast never went away. As normal life, and for that matter live shows, went out of the window, Help was helping its listeners through the issues of modern life more than ever before.

But, as much as at times it felt like the world was standing still, for the two main characters of this Audio Always Original podcast, 2020 was a huge year, on and off the microphone. A starring appearance on prime time ITV for one host (Jordan), a new hessian door mat for the other (William). And the following year was no different, with a new drive time radio show for one host (Jordan) and an engagement for the other (William).

So, almost 18 months after the initially agreed plans for a live tour and three series of podcasts later, it came to 10th September 2021. William and Jordan (and Stuart and me) rocked up to Bristol St George’s Hall for the first night of 13 shows. The boys were finally back.

From the highs of performing on stages the likes of Adele, Beyonce and Katy Perry have graced in years gone by, to the lows of an eight hour train journey from London to Newcastle, the titulations and tribulations of the seven week stint are too many to list.

However, there is one constant that can never be underestimated or undersold when it comes to this podcast. Our listeners – or G and Divas – are like nothing I’ve known before.

When we first brought the ideas of our live show together, there was no way of knowing how the crowds would react to the fun and frivolity that we could concoct. Will the jokes land? Or will the auditoria remain as silent as they have been for much of the past year and a half?

Well, it turns out that jokes landing – or not – was the least of our worries. So up for it were they, a keen member of the audience would often beat William and Jordan – or me – to our own in-joke.

Whether it was the sound of a popping cork, a dressing gown belt, or my own personal catchphrase (hi guys), there weren’t many keystone moments from over 200 podcasts that our loyal audience didn’t already know.

From Bristol to Glasgow, Brighton to Newcastle, three nights in London and lots of others in the middle, William and Jordan metaphorically broke a leg on every step of the tour. Huge credit must go to them both for so easily transitioning from behind the mic in a studio to performing live on stage with Britney mics across their faces. Well, they both did love the Britney mics.

As the Dunelm furniture can attest to, this is not just a podcast recorded on stage. This is a show that has the bells and whistles that would make an end of pier matinee blush. Thanks must go to Bilge, Glenn, Adam, Alex, Mikey and Audio Always’ very own Stuart Morgan for a tour that in spite of everything was as smooth as we ever could have hoped.

It was a long time coming, but I don’t think there were many members of the audience who wouldn’t say it was worth the wait. The boys were back, and I can’t wait until they’re back again.