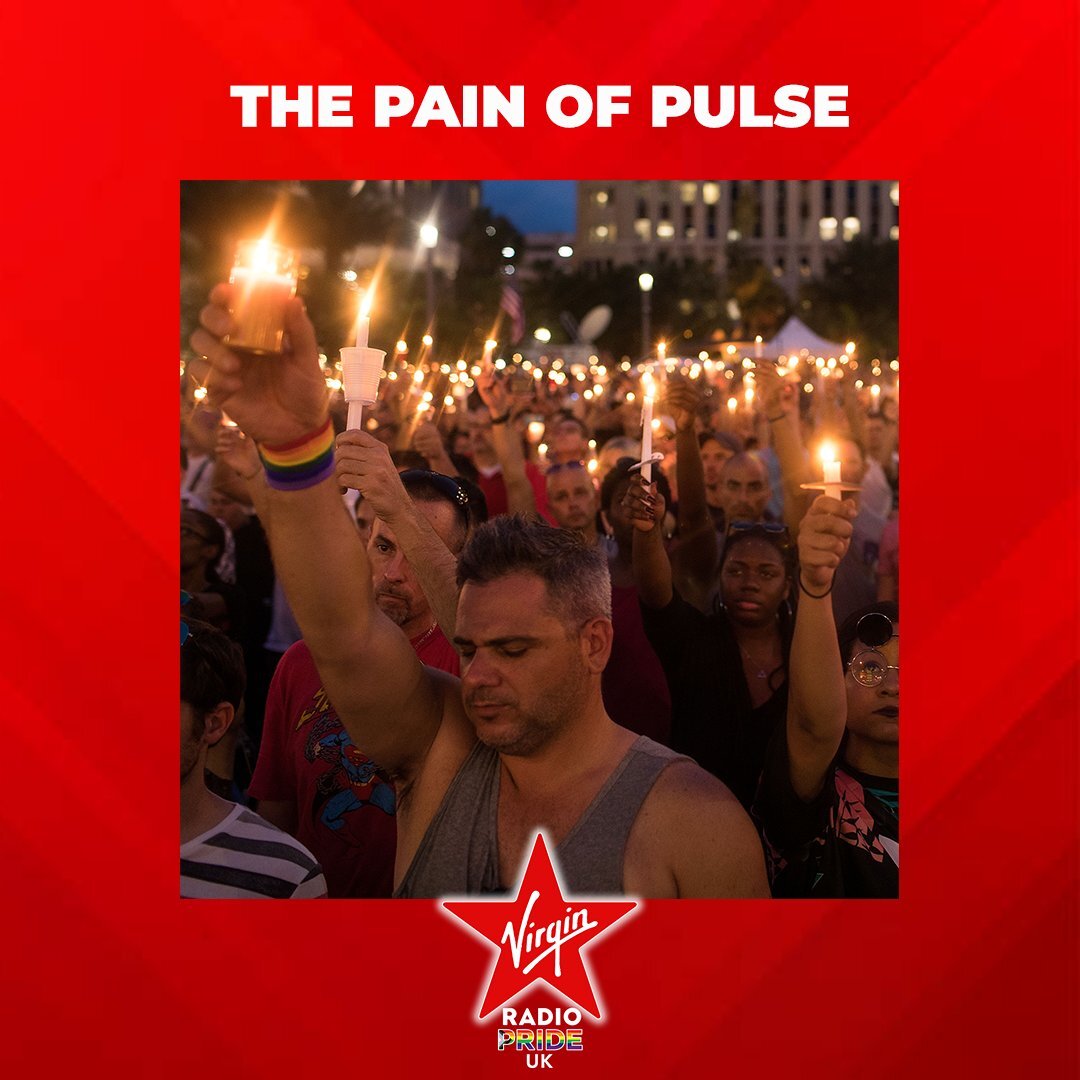 Making “The Pain of Pulse” for Virgin Radio Pride

I was on a train back from London earlier this year when I answered  a call from our Managing Director, Stuart, – he asked,  “do you remember the shooting at Pulse nightclub in Orlando?”.

I did remember. Vividly.

I think anyone in the LGBTQ+ community (even with all the passing privilege of a bi woman) remembers. In 2016 a man – who we will not memorialise by naming – walked into Pulse nightclub in Orlando and started shooting. 5 hours later it was all over. 49 lives were lost, 53 more were wounded – and the attacker had been gunned down by police.

Now I was being asked  to make an hour long documentary for Virgin Radio  Pride UK to mark 5 years on from the tragedy. The pop up station is amplifying and celebrating LGBTQ+ voices throughout this summer.

It was  a story I cared about deeply, but I approached it with huge trepidation. I knew it would mean contacting people who had lived through something beyond the realm of human endurance, asked by journalists again and again to relive the worst night of their lives. With the support of the factual documentary team at Audio Always, I set about finding a way we could use the show to celebrate Orlando’s LGBTQ+ community, hear about the incredible lives of those we lost and learn about recovery, and hope, from survivors.

We decided to focus the programme around key voices who will forever be linked to that night, let me introduce you to just  a few of them –

Amanda Grau – A Survivor: No one who survived an attack like this one could continue without inconceivable trauma, so approaching a survivor to talk on the documentary was  something we could only approach with great care.

Anybody who got through that night and finds a way to continue with their life is a hero, climbing Mount Everest every single day. I spoke to many survivors – hearing about their lives now – and from all those incredible accounts Amanda Grau’s stopped me in my tracks. Amanda was shot in the back, hip and leg. She hid in the club’s toilet with several others for more than three hours and looked into the eyes of the shooter.

Somehow, she survived all of that, and not only does she now have a gorgeous wife and two children but is training to be a paramedic. Steve Denyer, our presenter – a brilliant and experienced broadcaster – interviewed Amanda. Three months on  I asked him how he felt about the recording, “Amanda is the bravest person I’ve ever interviewed. Her story is heartbreaking but her way of overcoming that tragedy is nothing short of amazing”.

Maria Wright – a mum: Jerry Wright was a 31 year old who worked for Disney, and adored it –  despite severe dyslexia, he had set his sights on working there and persevered through University to achieve this goal. He loved Lion King, was a terrible dancer and could make his mum laugh even when she was at her most stressed. On the 10th of June he rang her at home in Miami to tell her he’d been promoted. Less than a week later he was dead.

Since she lost her son, Maria has worked tirelessly to end gun violence, fuelled by the rage that the shooter was allowed to walk into a Florida gun store and buy a semi-automatic rifle and two hand guns – despite having been on a terrorist watch list.

Maria told us about the drive to Orlando, seeing his car outside Pulse in the news footage, and waiting for his death to be confirmed, painting a vivid and viscerally painful picture of that time – but more than that she told us who Jerry was. Not just one of the 49 gunned down but a very real, very loved son – full of life and fun. As she said to me, she wouldn’t miss a single day with him even if it spared her the pain of losing him.

Dr Chadwick Smith: If you work in the A&E department – or ER as they call it in the States – you’re ready for drama, but it’s hard to imagine ever being prepared for what they saw in the early hours of 16th June.

Dr Chadwick Smith is a trauma surgeon, and a calm and measured man. When you speak to him he pauses frequently, taking time to weigh up his words. He’s had a long and successful career at the Orlando Medical Centre, which is just minutes away from Pulse nightclub.

It’s perhaps the calm and measured delivery that made his account of the night so shocking: from people minutes from death brought in the back of police cars, to being told there was an active shooter in the hospital as they battled to save lives.

He told me of crying as he drove home in the bright Florida sun, and the journey to overcome his trauma and return to the hospital. Talking to Dr Smith, and journalist Jorge Estevez, showed me how a tragedy spreads beyond its victims and their families – seeping out into the community.

Any guest on any radio show is putting their faith in the producer and the presenter; trusting you to hear their truth and give them the space to tell their story. It was an enormous and unforgettable privilege to talk to every guest for this programme, and I couldn’t be more honoured to have this chance to remember the 49 Orlando angels.

Audio Always  @audioalways
“It’s taken me decades to even be able to write it down, never mind speak about it.” Last night, @drchatterjeeuk w… https://t.co/Jny5ww3lVu
reply retweet favorite

Audio Always  @audioalways
RT @RealSirTomJones:I will be chatting shortly to @CCfunkandsoul on @BBC6Music! You can tune in here -> https://t.co/VJwVITL0OP
reply retweet favorite

Audio Always  @audioalways
YES! 🙌 We are so excited to announce that @sextedmyboss will be back on the road in 2022! 🎉 @williamhanson,… https://t.co/OshMDenSfG
reply retweet favorite
Menu
Facebook Twitter Instagram Soundcloud Linkedin